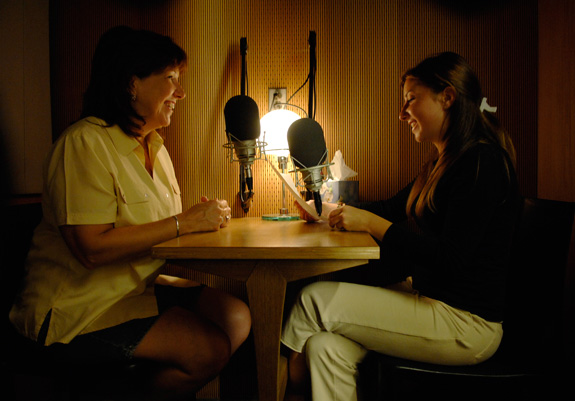 StoryCorps is heading a project in conjuction with the 25th anniversary of the Americans with Disabilities Act (ADA) approaching in 2015. The project known as the Disability Visability Project is starting on Monday, June 23rd as a community partnership with StoryCorps.

StoryCorps is a one on one style interview non profit organization whose mission  is to provide people of all backgrounds the opportunity to record and share their story. Recordings on the StoryCorp website are often featured on NPR’s “Morning Edition.”

StoryCorp’s will have a recording booth in San Francisco, California. Sessions will be available specifically for members of the disability community between July 10th and December 13th. Additional times are expected to be added leading up to the 25th anniversary of the ADA in July of 2015. Any stories recorded at booths in Chicago and Atlanta or a Mobilebooth, tagged with the project will also be included.

The goal of the project is to get as many individuals to share their story as possible.“The history of people with disabilities rarely appears in textbooks,” said Alice Wong who’s spearheading the effort.

For the Disability Visibility Project, Wong said she envisions people talking about how their lives have changed since the passage of the ADA, what they hope for people with disabilities in the future and other relevant topics.

The Disability Visibility Project currently has a website where it posts updates from various groups participating in the project as well as directions on how to participate.