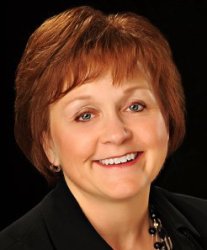 Microsoft Corporate Vice President of Worldwide Operations, Mary Ellen Smith, announced last Friday its plan to launch a pilot program to hire individuals with autism. Microsoft has been known to be on the cutting edge creating opportunity and products for individuals with disabilities.

Smith spoke at an event hosted by the United Nations that was themed “Autism, The Employment Advantage.” Microsoft has long been committed to hiring people with disabilities, working with Supported Employment and their vendor partners to fill positions in event and food services and transportation.

As a parent of a child with autism, Smith said that Microsoft’s dedication to hiring individuals to enrich the diversity of the workplace, was something that drew her to the company.

In her featured post, Smith shared Microsoft’s plans to introduce their pilot program, “This week, we announced another exciting effort, a new pilot program with Specialisterne, focused on hiring people with autism for full-time, Redmond-based Microsoft positions. It’s early days but we’re excited to get going and we know we’ll learn a lot along the way.”

If you are interested in participating in Microsoft’s Pilot program, please email resumes to msautism@microsoft.com.