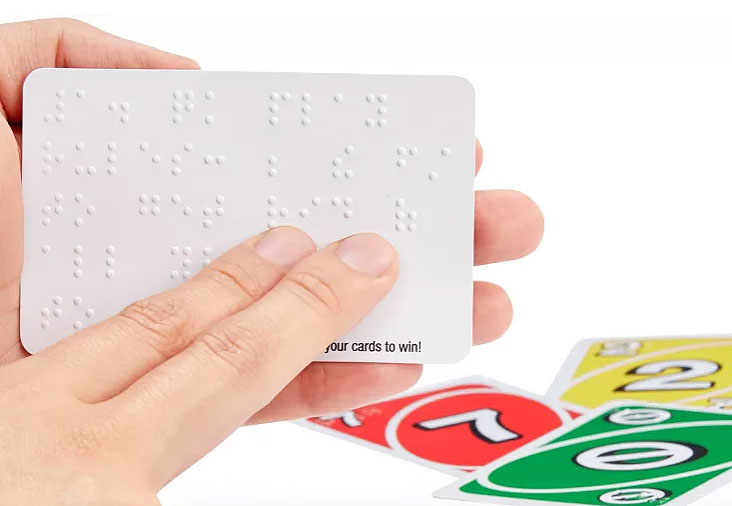 Uno, the popular card game, is expanding its audience by offering a Braille edition that can be played by both visually impaired and sighted users.

In addition to text information for sighted players, Uno Braille cards feature Braille markings on their corners to indicate the color, number or action.

Mattel said a chief goal was to normalize Braille for sighted people by allowing them to play together with blind and low-vision players with the same deck. Most games catering to the visually impaired require players to know Braille to play.

For more information, read the full article at Newsweek.com.