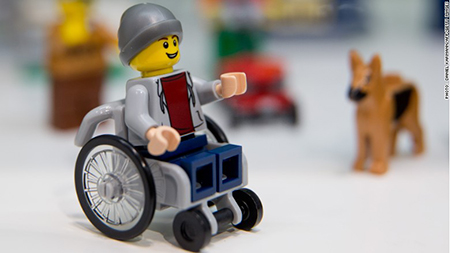 The world’s third largest manufacture of toys, Lego, has recently unveiled a figurine in a wheelchair. The newest minifigure is a part of a new Lego CITY set that will be available at stores around the world by June 2016. Toy makers around the globe have been feeling mounting pressure from thousands to create toys that reflect people of all abilities, skin color and shapes and sizes.

The 84 year old toy company is among the first to start the shift towards representing disabilities in toys. The overall reaction has been positive. The wheelchair minifigure made a showing at the Nuremberg toy fair in Germany in February and was positively reviewed.