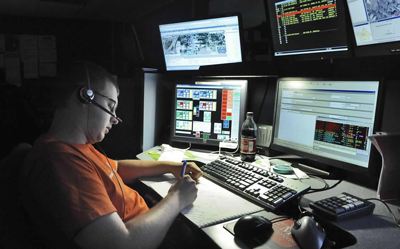 Assistive technology is reaching new levels as the disability community is being better represented in technology needs, legislature and business. Emergency communication can be difficult for those who are non-verbal, deaf or just have difficulty communicating in stressful situations. Stating in May, four wireless carriers, Verizon, AT&T, Sprint and T-Mobile have integrated the Text-911 program into certain areas of the United States.

While the FCC (Federal Communication Commission) does not control regulating 911 centers, it has adopted policy statement that would work with emergency centers on communication and text services. The Text-to-911 program will allow individuals to text 911 to dispatchers with information about an emergency rather than place a call. This program was designed to make critical situations easier for people who are deaf, hard-of-hearing or have a speech disability. Yet, this program will help individuals without a disability in situations where it may not be safe to make a phone call to emergency dispatchers.

While the program is just kicking-off, the FCC has provided a list of counties where the service currently works. If the service does not work and a text is sent to emergency dispatchers at 911, a bounce back message will be sent suggesting that you call 911.

The FCC sees the implementation of Text-to-911 as a long term goal, pushing for wide spread program coverage during 2014. Currently, there are 16 states where emergency call centers have adopted the program. Since the program is in its early phases of implementation, the FCC suggest individuals still call 911 in the case of an emergency.

Click here to see a list of states that have adopted the Text-to-911 deployments as of mid-2014.

What you need to know about texting 911.