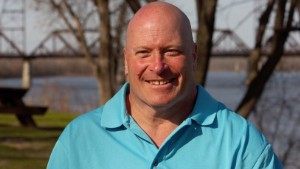 Ned Norton was working as an Olympic athlete trainer when he was approached by a young man with a spinal cord injury. Ned had experience and a career in strengthening bodies of athletes, so he helped establish a workout plan with the young man.

After a few months, the young man made huge strides and his doctors were able to see significant improvement physically and psychologically. After receiving press on his workouts customized for disabled individuals, Norton’s phone was ringing off the hook. Norton felt his next rational step was to open a gym designed to fit their needs.

Now, over 25 years later, Norton has dedicated his time and career to providing low-cost training to hundreds of individuals living with disabilities in the Albany, NY community. “They can’t move, they can’t be independent. They can’t live their lives,” Norton told CNN. “I’m building them up, building them stronger, so they can go out and live life like they’re supposed to.”

Each week Norton works with over 120 individuals through his non-profit, Warriors on Wheels. Disabilities of the members range from spinal cord injuries to Down syndrome to everywhere in between. “I never worry about what they can’t do,” said Norton. All of the workout plans and equipment are adapted to fit a wide variety of needs.

Norton charges $25 a month for membership to those who can afford it. He never turns away anyone who has a disability, realizing that over half can actually afford to pay the fee. Norton is the only trainer in the facility, which was donated by the city. The gym serves as a source of motivation, through training and through the social aspect.

“After an accident, people are devastated. Their family and friends have no clue what they are going through. They are out there on their own,” Norton told CNN. “But when they come here, they get a network of people going through the same challenges.”

Norton claims he isn’t a miracle worker, but knows how to work the body and challenge people to reach goals. But the gym membes beg to differ,”I come out of here feeling better than I do when I first come in,” said Kathleen Lane, 51, said. “It changed my life, Ned’s unbelievable.”

CNN recently named Ned Norton one of 2014 Top 10 CNN Hero. You can vote for Norton as CNN Hero of the Year through Sunday, Nov. 16.