Accessibility Device Gets a Chance with Venture Capital 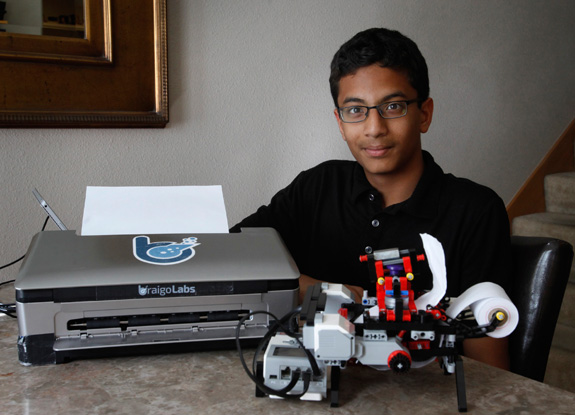 In an exciting update from the VR Horizons Article posted in March of 2014, Braigo- LEGO-made Braille Printer by 12-year-old Inventor, innovative inventor and entrepreneur Shubham Banerjee has received confirmation that Intel Capital will be investing into his company and invention.

The funding from Intel will allow the science fair turned family-run startup the ability to hire engineers and product designers. The Braigo product includes software that Shubham also created utilizing Intel’s inexpensive Edison chip, allowing a development platform to power wearable devices in the early startup phases. While Shaubham released the coding for the software open-source on the web, the family is currently in the process of patenting the printer.

Currently, the market for affordable Braille printers is welcoming the prospect of Braigo. The average cost of a personal Braille printer runs at around $2,000. With a more developed cost effective option for a printer, blind individuals can get earlier access to tools to increase Braille literacy rates. According to the American Printing House for the Blind, the literacy rate of blind schoolchildren in the United States is somewhere around 8.5%.